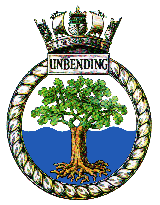 Fate:
10th February 1942 - Departed Lerwick, ordered to patrol off the coast between Stattlandet and Gripholen.

23rd January 1943 - Torpedoed and damaged the Italian passenger/cargo ship Viminale and sank the Italian tug Luni south-east of Capo dell' Armi, Italy. Having suffered damage to her batteries during the counter attack she returned to Malta.

February 1943 - Patrolling the southern half of the Adriatic.
9th February 1943 - Met a southbound ship off Monopoli firing three torpedoes, one of which hit and stopped the vessel, which was Eritrea.
10th February 1943 - Attacked a small passenger-cargo vessel but missed astern with two torpedoes. The target took shelter in a nearby bay and anchored. Followed up and missed again with another torpedo. Yet another torpedo fired hit her and she was beached with a broken back. This was Carlo Margottini.  Having expended all her torpedoes returned to Malta.